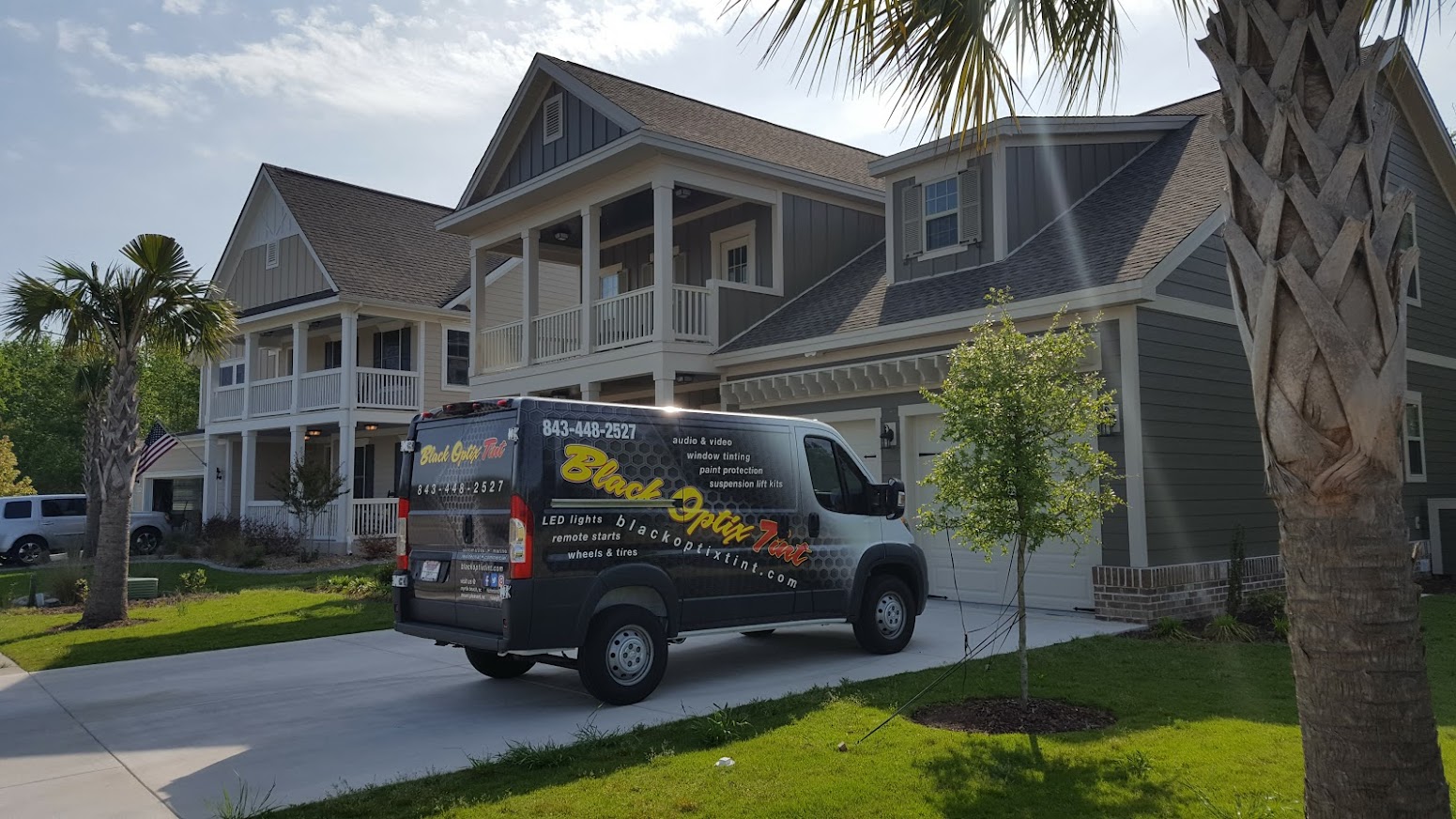 We offer a wide variety of decorative films as well. 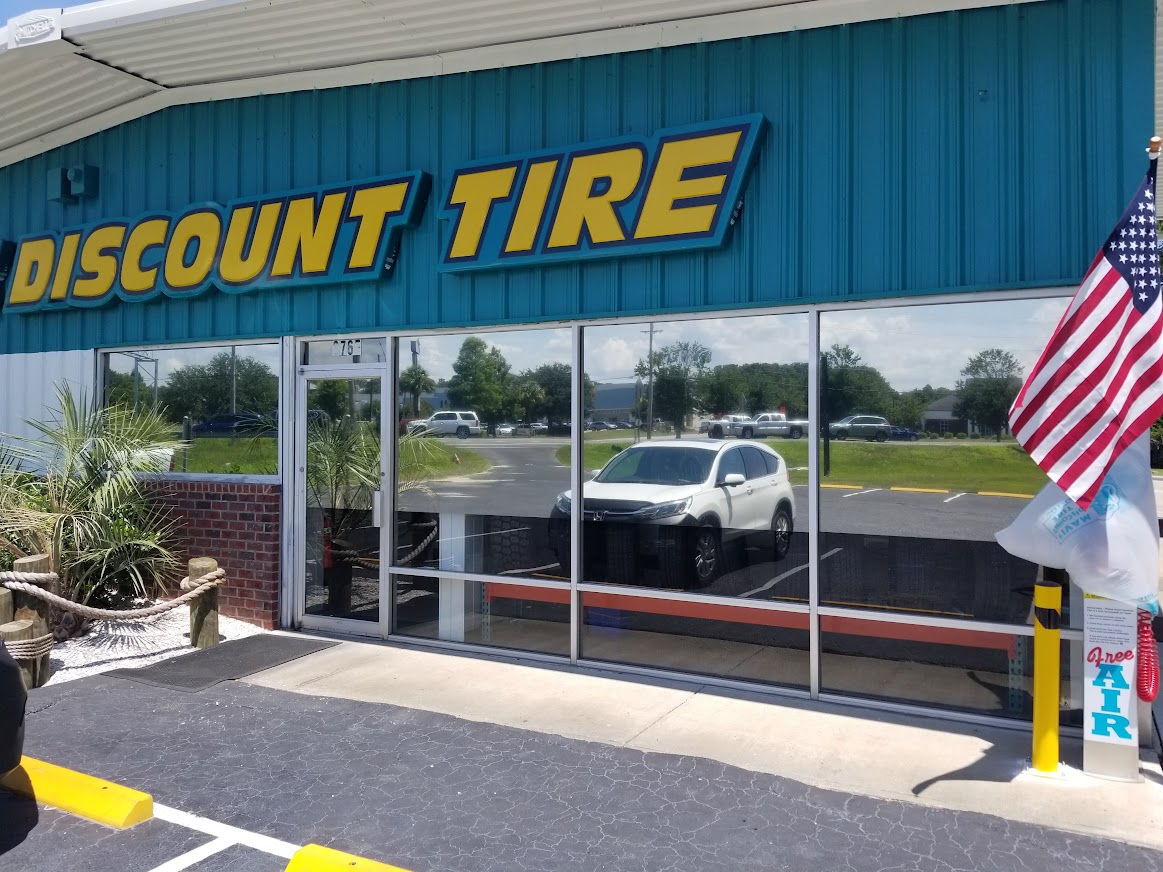 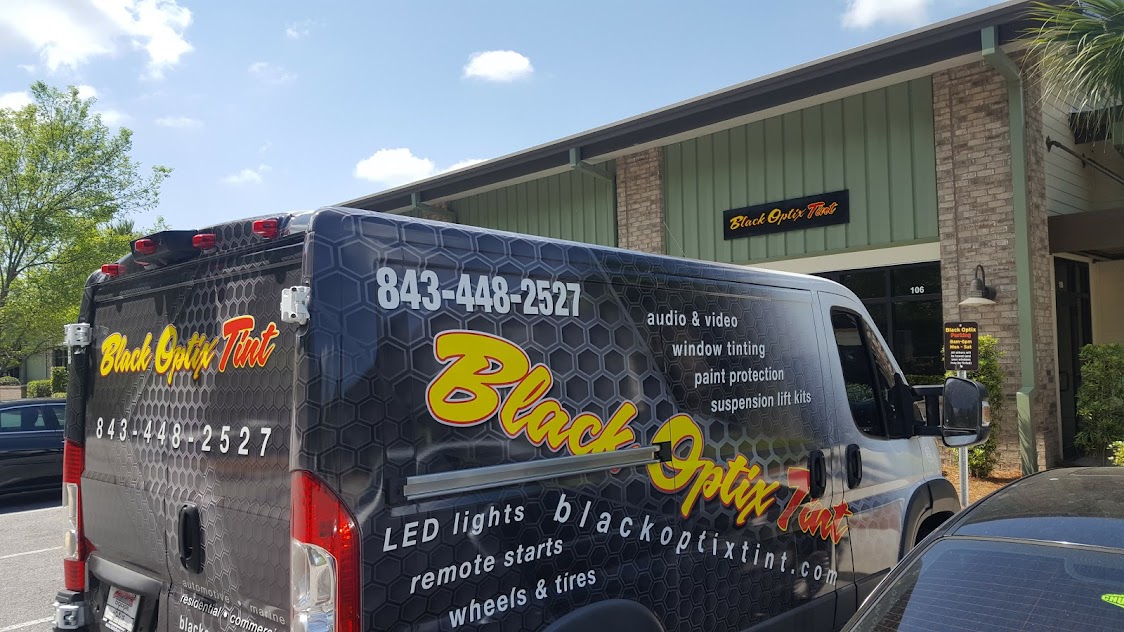 These films can be applied for security applications, where a delay of forced entry is desired. The Performance of these films is affected by adhesive bond strength, thickness of the polyester, quality of application, and window structure/frame.

The films are adhesive coated to bond them to the glass. The better safety films are those that are smooth-coated, because they have far superior optical clarity.

Safety and security films can have components added, such as for solar control and decorative effects. However, as mentioned before, it is their physical properties that allow them to be used in various applications, such as:

Designed for applications where safety and security is a priority
Excellent solar performance, including heat and UV rejection, as well as glare reduction Superior optical clarity advanced adhesive formulation.

Black Optix Tint® Safety and security films are used where there is a potential for injury from broken glass (such as glass doors or overhead glazing). These films can be applied to toughened, annealed, or laminated glass. They are available in various thicknesses, from 100 micrometer (or 4 mils minimum 2 ply) through to 525 micrometers + (21 mils). The film thickness is selected for level of protection desired and the dimensions of the glass pane. Manufacturers recommend 100 micrometer film (2 ply)for glass up to 3 mm (1/8 in) and 175 micrometer film for glass over 6 mm (1/4 in).

When float glass is broken (normal window glass), it breaks into sharp shards that are dangerous to anyone in the vicinity. This is particularly hazardous if the window is broken by human impact. Toughened (tempered) glass can produce showers of small glass pellets that can cause serious injury; especially in the event of a car crash (because most automotive side glass is tempered). The building codes of some countries specify requirements for personal safety in architectural glass and glazing. Certain films with correct certification can be used to upgrade existing glass and glazing to meet the safety standards specified in the building codes.

Protection of glazing during earthquakes

In many parts of the world, earthquake activity is an ever-present fact of life. Ground motion during seismic activity causes building movement, which in turn causes glass breakage and glass fall-out, endangering people below, and again exposing a building’s contents to weather damage and theft during looting sprees. Safety and security films have proven their worth in protecting people and property during seismic activity, by helping retain window glass in its frame, thus prevent injury by falling glass.

Explosions cause widespread damage, and in an urban environment (often containing lots of glass), the risk of injury is increased. In the event of an explosion in an urban area, flying glass is often the biggest cause of injury/trauma. However, certain specially designed films, when applied correctly, can contain these shards of glass, protecting the internal environment, and in some cases, retaining the pane of glass in the window frame. People sourcing films for this purpose should choose a product from a manufacturer that can produce results for General Services Administration (GSA) blast ratings, and check with the manufacturer that the installer has sufficient experience and knowledge to offer such products.

Safety films can be used as an additional protection against flying glass when glazing is broken by windborne debris. By helping to prevent windows from shattering, or retaining shattered glazing in its frame, these films help maintain the “weather seal” of a building. This helps reduce damage from water and high winds. If the seal can be maintained, roofs are less likely to be blown off, and it is more likely that a building can be saved.

In order to assist in keeping the glass attached to the security window film, and the frames, Shatter Safe Security Window Films recommend that the glass must be attached to the window frame (not the gasket) so that the edge of the film becomes an integral part of the glass and the frame. There are two common methods of accomplishing this. One is wet glaze utilizing a Building Compound adhesive more commonly known as Dow Corning 995. The other is a mechanical attachment system that utilizes metals of some sort that are attached to the window frame and cover part of the exposed window films.

These attachments assist in keeping the film attached to the frame mainly during bomb blasts.

IN ORDER TO KEEP YOUR WINDOW FILM LOOKING GOOD AND TO MAINTAIN WARRANTY COVERAGE PLEASE FOLLOW THESE CARE INSTRUCTIONS.

Your new Black Optix Tint® film will take two to three weeks to fully cure. After installation, a hazy or cloudy look may appear, this appearance is caused by moisture used during application. After the moisture dries out the haze will disappear and film will bond clearly to glass offering you many years of product performance.

Allow film to cure for seven days before lowering the windows.

To ensure long life and maximum serviceability do not wash the windows for 30 days.
When cleaning use a soft cloth or clean synthetic sponge, common cleaning solutions which do not contain abrasive material may be used. Do not use abrasive pads/ cleansers or ammonia products. 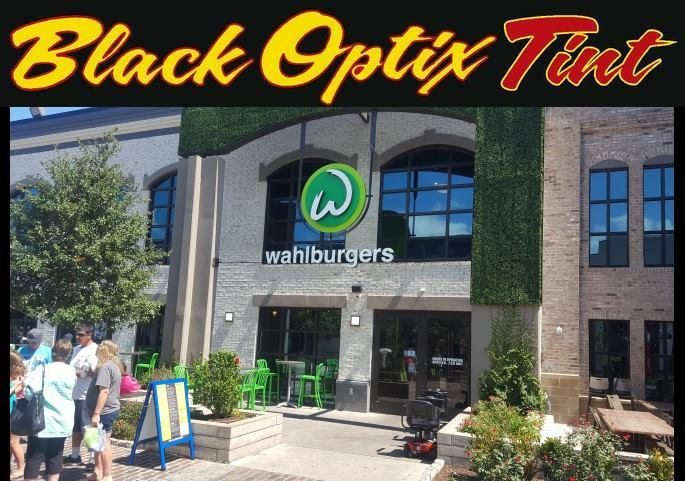 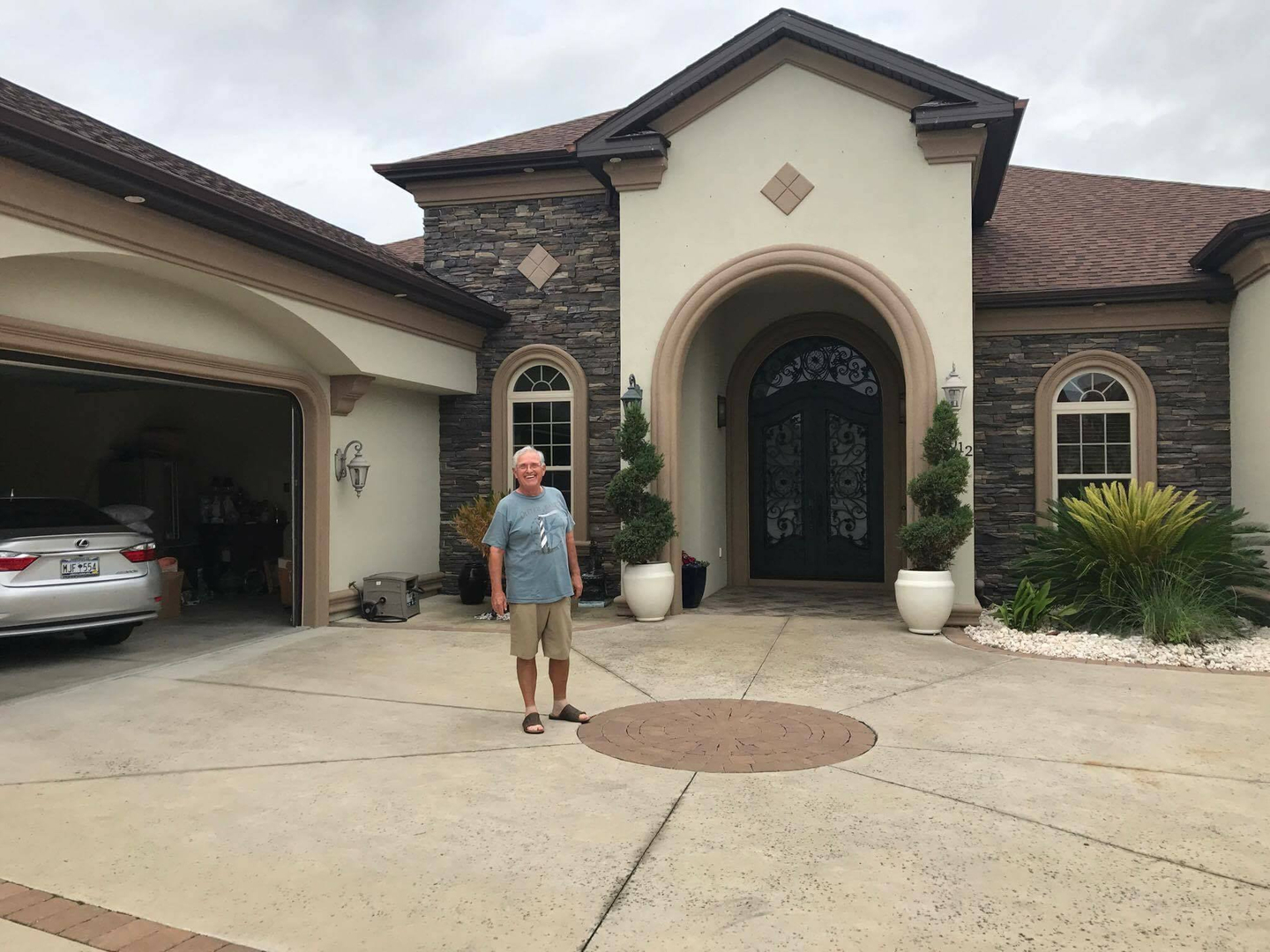 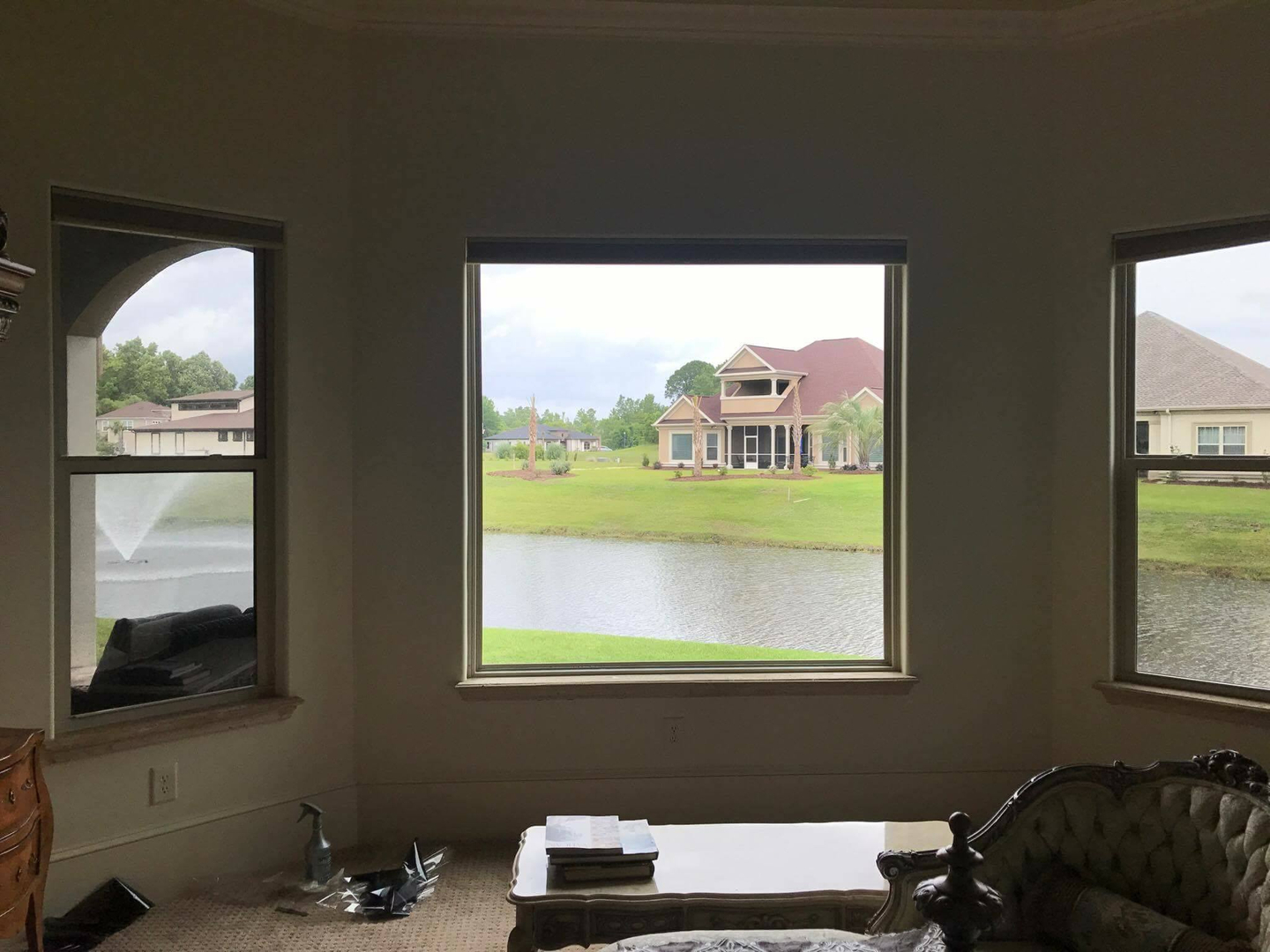 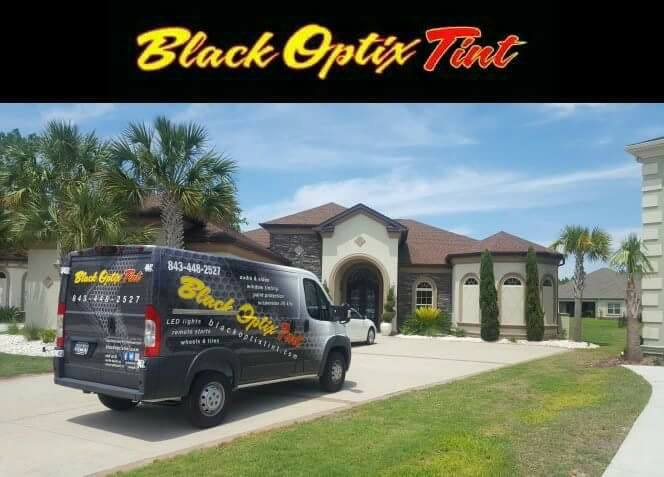 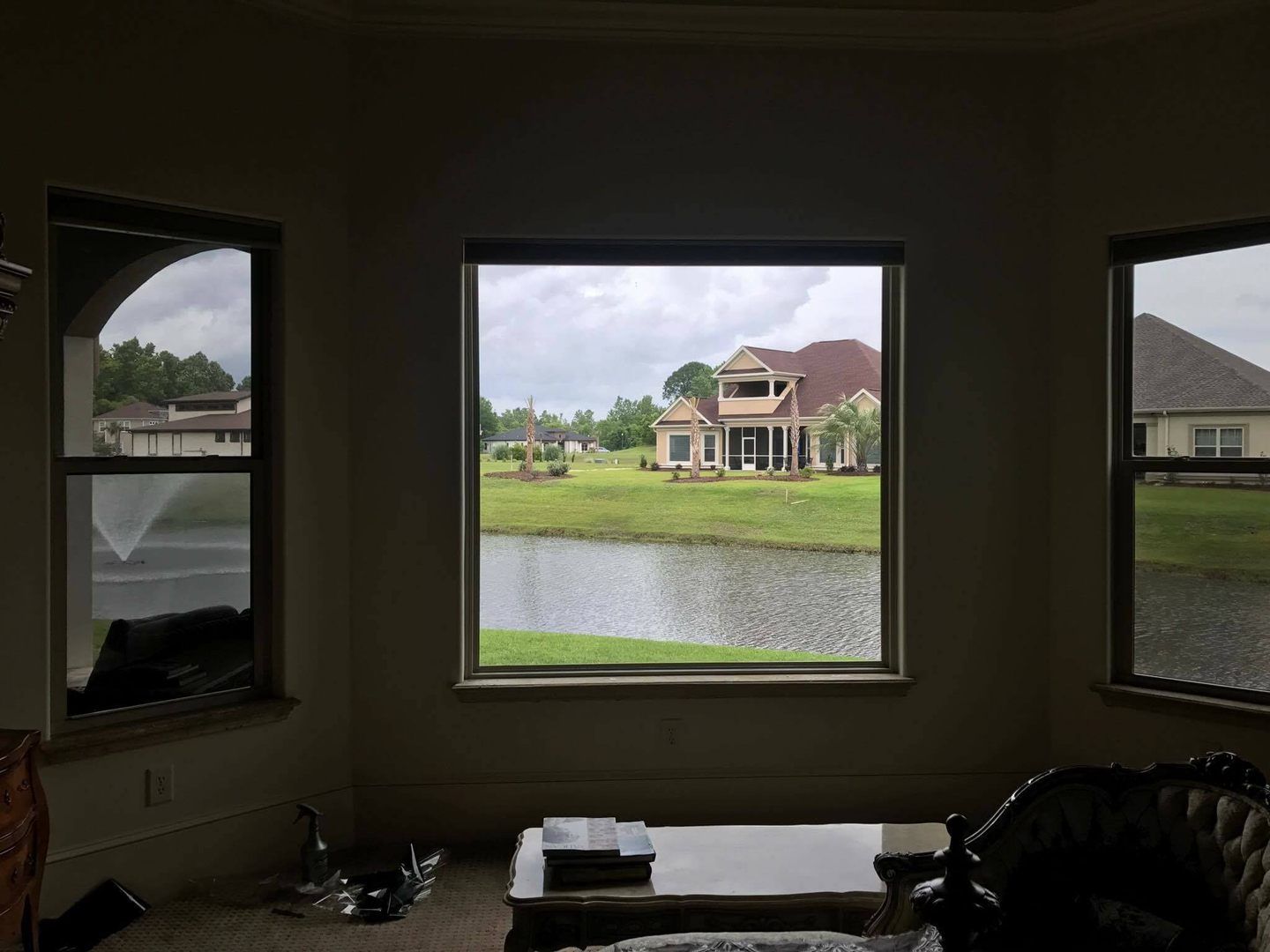 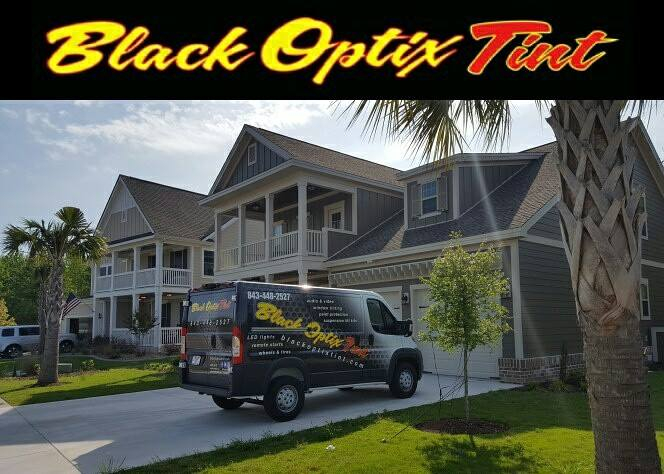 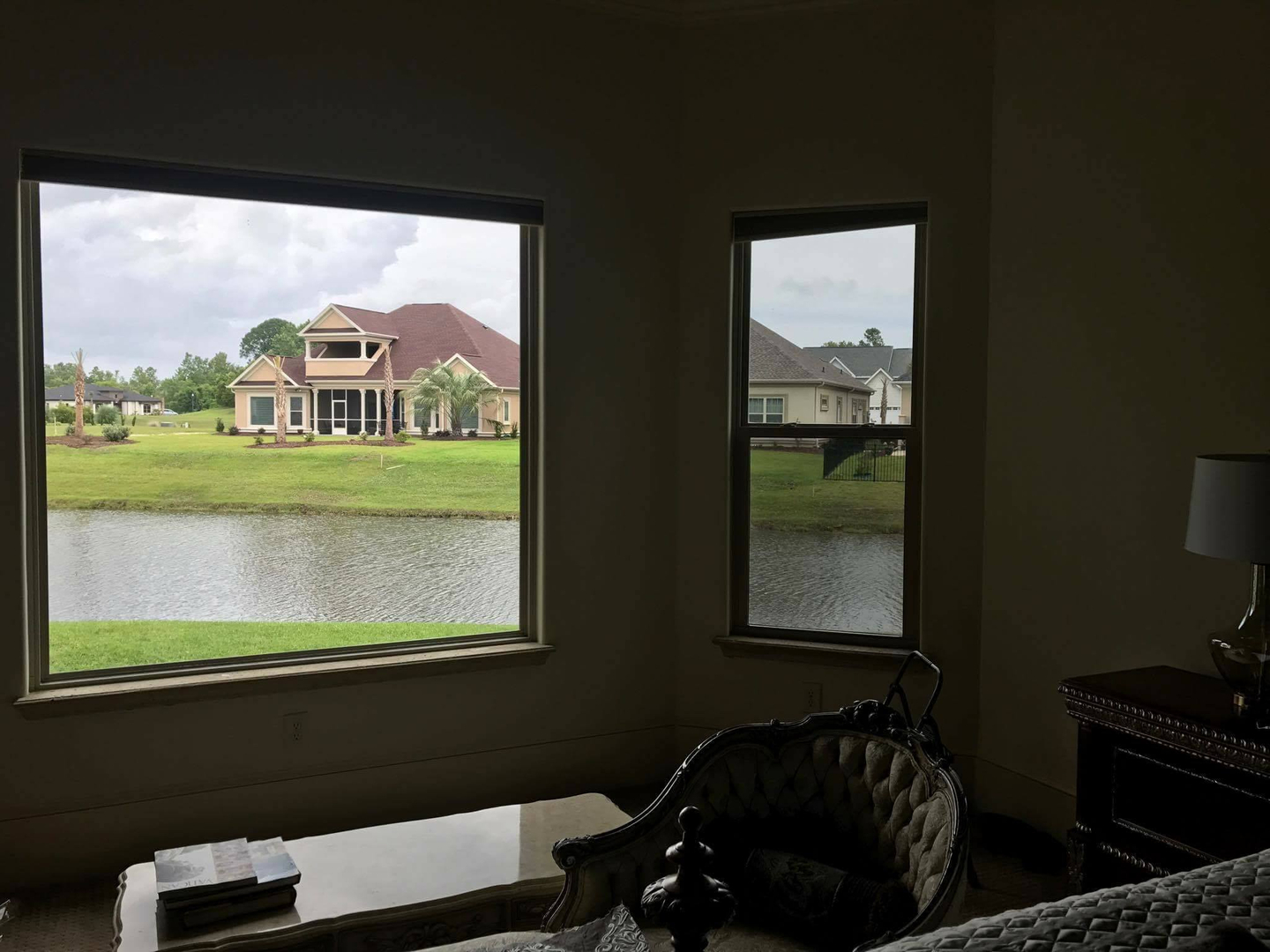 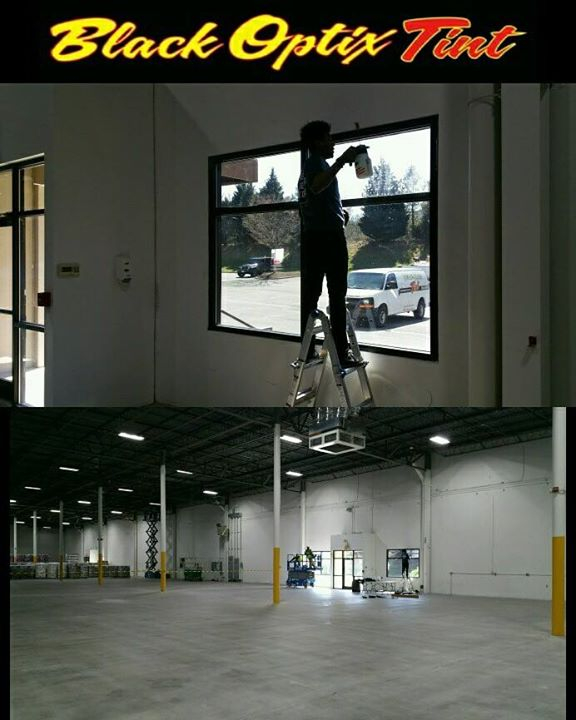 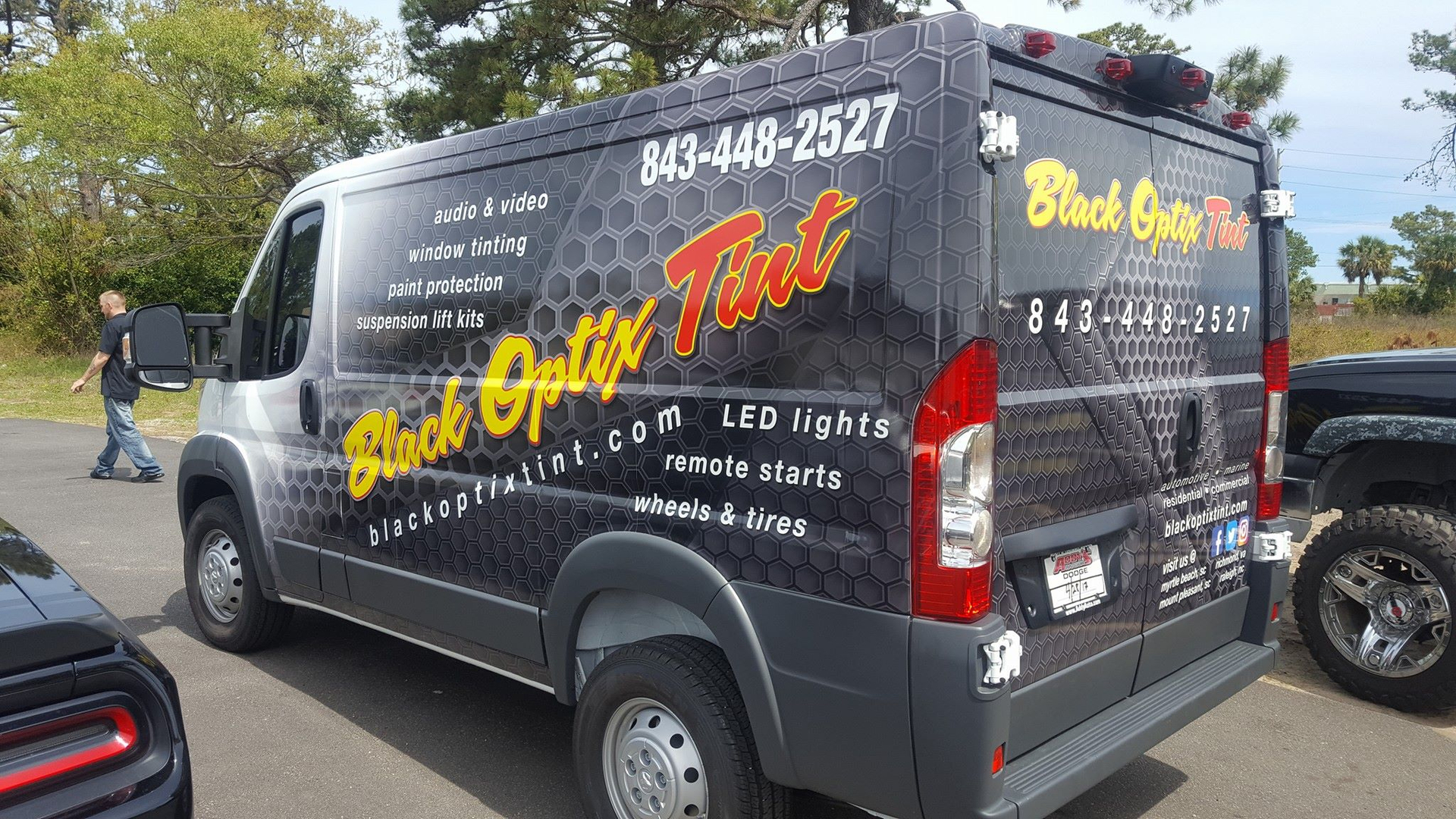 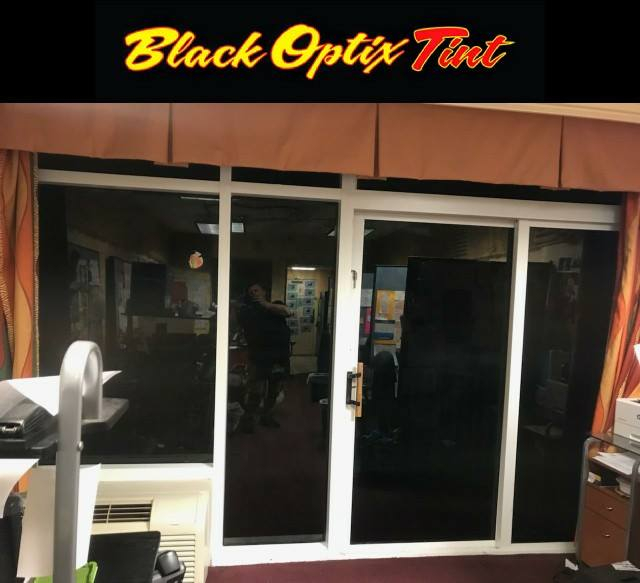 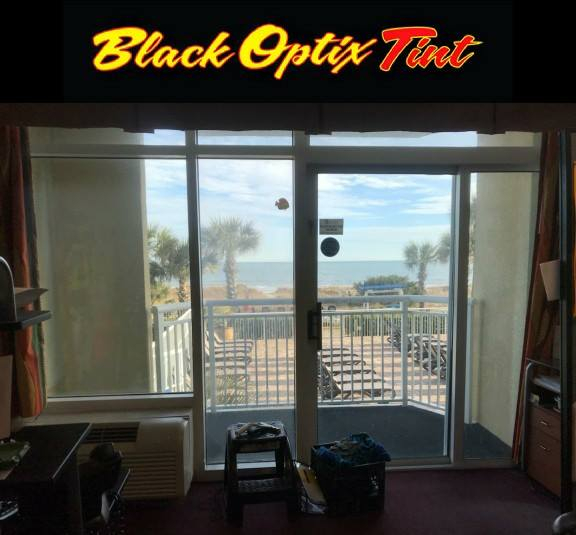 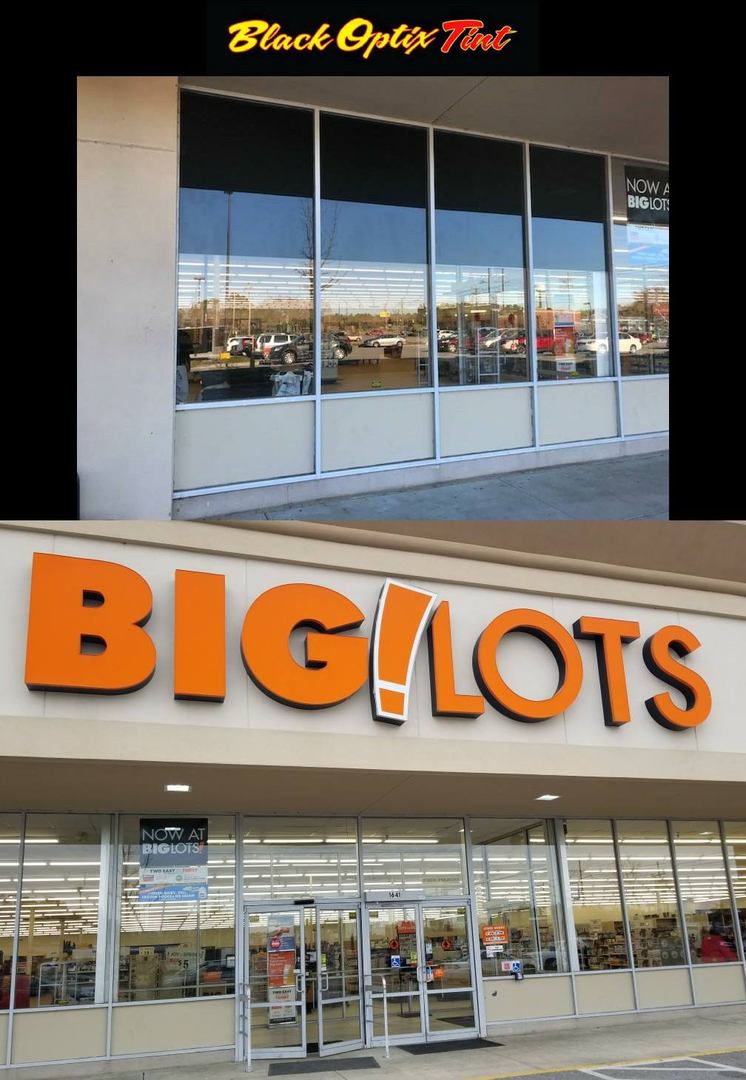 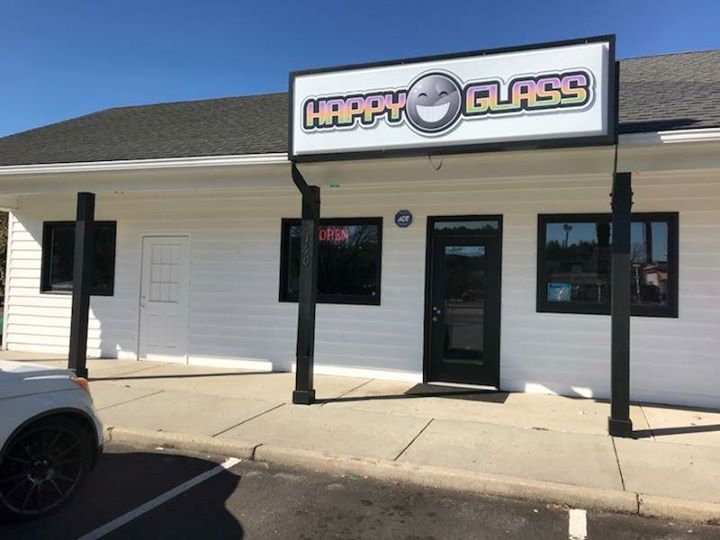 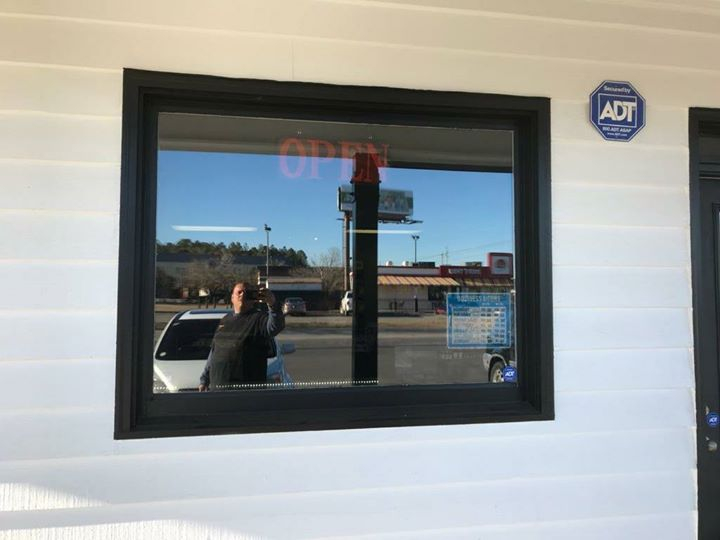 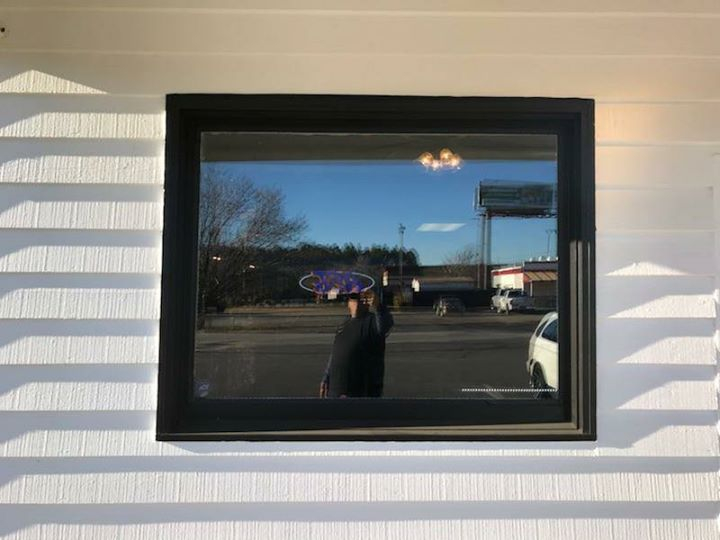 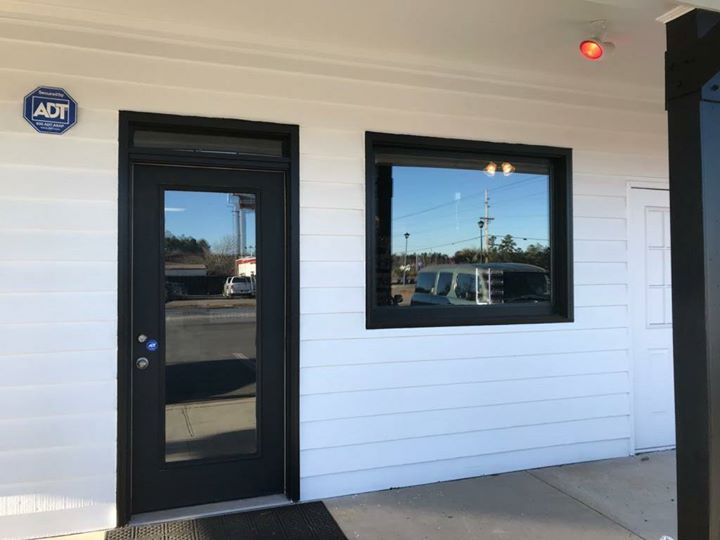 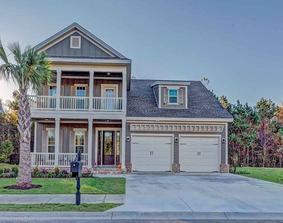 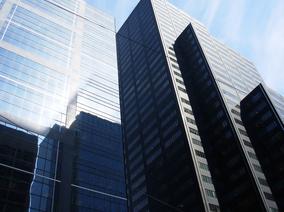